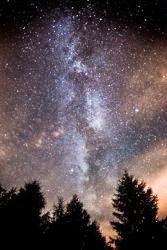 Lovely, the way the sky works. The constellations and planets and moons. Enough recurrence to assure us of the probable continuation of the universe, but not so repetitive as to become boring during the limited span we have to watch it all spin around.
-- Charles Frazier, Thirteen Moons --

There is nothing better than how the sun works: it rises and falls, on and on again... It lights the sky,heats the earth,then breaks like an Easter egg and fells into the water,like lava.
That was my Easter sunset diving into the Ionian Sea, while I reading “Ghostwritten” by David Mitchell, listening some of his jazz choices from the book and not only, smoking a Cuban cigar and drinking freddo espresso. What more could I ask? Ok , maybe a glass of wine later on….
Cip, you need to read or re-read “Ghostwritten”; it would help you see some of the potential directions that the “Book of Strange New Things” could have taken (check the first chapter, the Mongolia chapter and the “Night Train” chapter with the Zookeeper).
“Ghostwritten” brings David Mitchell’s signature: it’s a chain of 10 interlinked narratives which surround a grande metaphysical idea. It’s what Mitchell calls “a novel of idea(s)”.
As a concept, as a form, is not a new one!! Julian Barnes did it first(?) with the “History of the World in 10 ½ Chapters”(1989),where he combined fiction with history.
In some respect, David Mitchell as an Englishman shares the same wit, irony and sometimes cynicism with both Barnes and Amis. His London chapter about a philandering ghostwriter, reminded me a bit of Amis’ John Self in “Money-Money”. However, Mitchell has a better sense of humour and does not make misogynist remarks. Overall, I liked some chapters more than others and admired once again his creativity, inventiveness, intelligence and ambition. But he did NOT move ME, with either his plot, characters or ‘big’ idea. I am looking for a true dramatist, and “Ghostwritten” is not a drama (as described by the publisher). However,you need to be an intelligent reader to understand what BOTH Mitchell and Faber are up to with their novels “Ghostwritten” and “Under the Skin”.
But the question is for WHOM do novelists write? The intelligent reader? The average one? Their best reader? A potential new reader? For whom? Based on which criteria? I think they should write for everybody and nobody in particular; the reader who is ageless, the reader who is a citizen of the World, the reader who has no class or religion. The reader who has great expectations BOTH from the author and for himself. The reader who is a Romantic Realist, a Truthful Liar, an Ignorant Genius, an Innocent Criminal, a Manipulative Child. How do you achieve that? By writing different books, with different forms in order to find new readers…

This book you are currently reading,reminds me of "le Grand Meaulnes" that turns into "Love in the time of Cholera"... Sorry,but I would not have paid 8 million in advance for this book...Until now,Ithought that only traders were losing money in derivatives trading!! But NO!!! There are also publishers behaving recklessly?!!!

“Stop gazing at the stars, get into an airplane and come”, I would have said if you were nearby. I don’t know how much you like music, but to quote Elizabeth Bishop
“I am in need of music that would flow
Over my fretful, feeling fingertips,
Over my bitter-tainted, trembling lips,
With melody, deep, clear, and liquid-slow.
Oh, for the healing swaying, old and low,
Of some song sung to rest the tired dead,
A song to fall like water on my head,
And over quivering limbs, dream flushed to glow!

There is a magic made by melody:
A spell of rest, and quiet breath, and cool
Heart, that sinks through fading colors deep
To the subaqueous stillness of the sea,
And floats forever in a moon-green pool,
Held in the arms of rhythm and of sleep’’
There is an International Music Documentary ( IN-EDIT) Festival(23-29th April) with the moto ‘Music for your eyes only’ that I visited during the weekend,where there was a stimulating conversation about Irvine WELSH. He gave a very interesting interview last week in the Guardian, but I argued that “the Caesar’s wife must be above suspicion” before criticizing others. You see there is a twit(14 February 2015) from Mr.Welsh complaining about a meal he had in a Greek place?!!! Where was the Greek place? Not in Astoria ,or in a Greek-Cypriot Fish & Chips place in Canada/ UK, or even a taverna in a Greek island ,but in BEVERLEY HILLS!!! ‘Serves you right’, I said for eating Greek food in Beverley Hills and forgetting where you come from!!!

Now Uranus and Saturn are the ruling planets for Aquarians. Aquarius is an air sign, so could you bottle the four winds in a jar or tie down the clouds? Especially when the wind is not a gentle breeze or a dreamy zephyr. Some of the most famous Aquarians are :
Anton Chekhov
James Joyce
Charles Dickens
Virginia Woolf
Edith Wharton
Carroll Lewis
Lewis Sinclair
Jules Verne
J.M.Coetzee
Paul Auster and many others… Did you read last week the review in the New York Times about Colm Toibin’s book on Elizabeth Bishop? I need to find this book….